Motivated by hockey’s omission from the 1924 Paris Games, the Fédération Internationale de Hockey sur Gazon (FIH) was founded by Paul Léautey. M. Léautey, who would later become the first president of the FIH, called together seven National Federations to form the sport’s international governing body.

These founding members, which represented both men’s and women’s hockey in their countries, were Austria, Belgium, Czechoslovakia, France, Hungary, Spain and Switzerland.
Popularised in the late 19th century, the women’s game developed quickly in many countries. In 1927, the International Federation of Women’s Hockey Associations (IFWHA) was formed. After celebrating their respective Golden Jubilees – the FIH in 1974 and the IFWHA in 1980 – the two organisations came together in 1982 to form the current FIH.

FIH is presently headed by most eminent Dr. Narinder Dhruv Batra, who has given his long and valuable services to the sport of hockey and has spread the glory of the national sport of India, across the world.

Dr. Batra was elected as FIH President at the 45th Congress in Dubai, United Arab Emirates in November 2016. He had been a member of the Executive Board since the 2014 FIH Congress in Marrakesh, Morocco and is the current President of the Indian Olympic Association (IOA). After his election as FIH President, Dr Batra stepped down from his roles as President of Hockey India (HI), Chairman of the Hockey India League (HIL) and Vice-President of the Asian Hockey Federation (AHF). In 2014, Dr. Batra was given the FIH President’s Award in recognition of his long and valuable services to hockey. In June 2019, Dr Batra was elected IOC Member. Dr. Batra’s favourite aspects of hockey are the speed and competitive nature of the game, stating that the sport always leaves you on the edge of your seat. 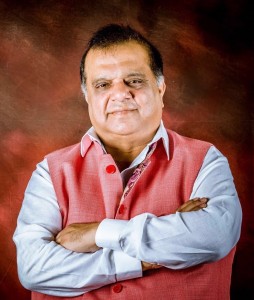